This box started as a menral woodworking project on a flight from New York to San Francisco. The puzzle (for me) was to come up with a design that wouldn't need a lot of measuring or fancy hardware, or require a lengthy glue-up. By the time my plane landed, 1 was ready to try my idea on some real wood.

Though I didn't make this puzzle box with the intent of selling it, it has become a furniture show favorite. It's amusing to watch people try to figure it out. Most people try to yank off the lid...just how hard they pull determines how soon I reveal the secret: a series of three engaging dovetail keys. You push the sliding bottom key to release the end keys and open the lid.

1 made my box from straight-grained 8/4 walnut, gluing two pieces facc-to-facc to create the box blank. It can just as easily be made from a single piece of wood; or you can glue up contrasting woods for an entirely different look. Overall dimensions aren't critical for this project, as long as your blank is thick enough to accommodate the bottom key and still have room for an inner compartment.

After squaring up the box blank and cutting it to length, I set up the router table to cut some dovetails. All of the dovetail work can be done with a dovetail bit set to a height of 7/I6 in.

Sliding secret. The lid of this box slides through ¿i hidden notch in the bottom key. Push the key in to lock the box.

Start by routing the two wide kcyways on the ends of the box. I deliberately positioned these kcyways slightly off center so that the lid would only match up if assembled the right way. Rout each end kcyway about 2 in. wide, guiding the blank against the router table fence to make a series of overlapping cuts. (See top left photo.) If you're making a different size box, make sure that your end kcyways will be wide enough for the bottom key to slide through with plenty of "meat" (at least 3/8 in.) left on the end keys.

The next step is to make the end keys—the pieces that fit in the kcyways you just routed. 1 made both end keys (as well as the bottom key) from a length of walnut that I had planed to a thickness of in.

Attach a length of '/4-in. plywood to one face of the walnut with double-faced tape so that both pieces are Hush along one long edge. Rip both plywood and workpiece about '/4 in. wider than the widest part of your end kcyways.

The objective is to shape cach end key so it fits snugly in its kcyway, yet is loose enough to slide in and out without binding. Without changing the height of the dovetail bit, I "nibbled" the workpiece to the correct fit by running the plywood against the fence and resetting the fence as necessary. (See center left photo.)

When you've got the right fit, cut the dovetail strip in two, making a pair of end keys at least 1/4 in. longer than the thickness of your box. Slide both end keys into their ways so that they're flush with the bottom of the box, and clamp them in place. Now adjust your router table fence to cut the kcyway along the bottom of the box and through the center of both end keys. Keep the bit at its 7/16-in. height. I made several overlapping passes with different fence settings to complete this bottom kcyway.

To make the lid, remove the end keys and handsaw J/2 in. off the top of the box blank. To smooth the rough-cut surfaces, I simply taped a sheet of 120-grit sandpaper to the tablesaw top and sanded both surfaces until they were seated smoothly against each other.

Now, notch the bottom key and complete the lock. To locate the position of the notch on the bottom key, fit the key into the bottom kcyway and slide it in as far as it will go—

Routing the end keyways. Guide the box blank against the fence and make a series of overlapping passes through the dovetail bit to complete each end key way.

Making the end keys. A plywood guide strip, attached to the workpiece with double-faced tape, runs against the fence to guide the cut. Adjust the fence position to creep up on the finished width of the dovetailed part.

Routing the hollow. The bearing rides against the edge of the template to clean up the inside edges and bottom of the box.

There are a lot of things that either needs to be repaired, or put together when youre a homeowner. If youre a new homeowner, and have just gotten out of apartment style living, you might want to take this list with you to the hardware store. From remolding jobs to putting together furniture you can use these 5 power tools to get your stuff together. Dont forget too that youll need a few extra tools for other jobs around the house. 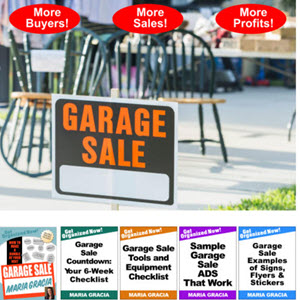